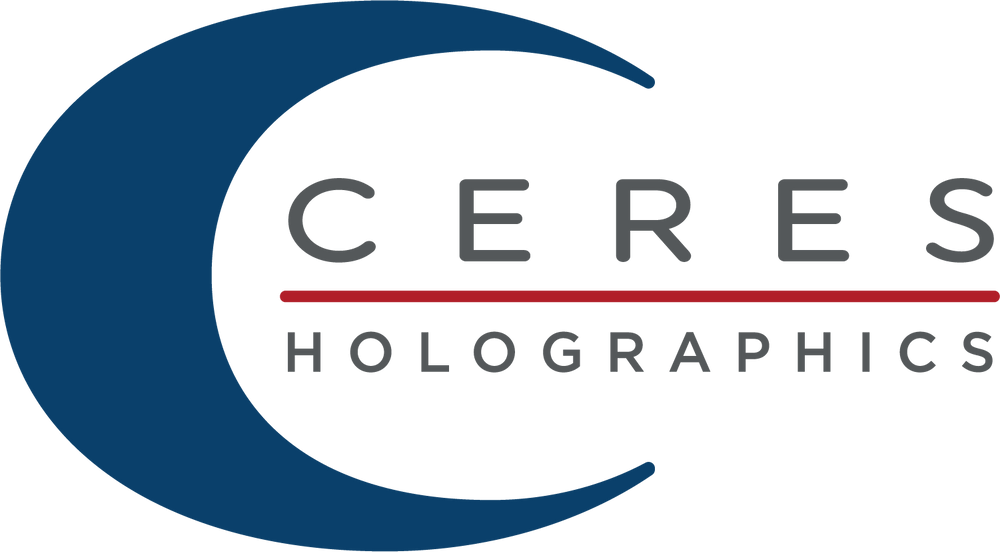 The two companies are making a joint technical presentation at the virtual event to show how the combination of their technologies enables a bright, clear transparent display where the image is projected in the plane of the window. This allows the diver to view important information without having to take their eyes off the road.

A demonstration of the solution will be available - virtually - during the exhibit hours of the event with representatives from both companies available to answer questions. In the demo, the in-plane HOE from Ceres uses a TI DLP5530-based LED projector to illuminate a holographic film laminated in the windscreen of the vehicle. The holographic film acts as a reflective diffuser, diffracting the light rays from the projector into the driver’s eye box. A true green LED as opposed to a converted green LED is used to improve efficiency and brightness.

The Ceres-enabled holographic film makes the display appear transparent because it diffracts light at very specific wavelengths and illumination angles. If the incident light does not meet the angular or wavelength requirements of the hologram it is simply passed through unaltered.

“Our precision-engineered thin-film HOEs are an ideal solution to implementing cost-effective and brilliant in-plane displays in vehicles of all types. With the efficiency and performance of TI's DLP technology we can provide a practical solution for a wide range of vehicles and uses cases,” said Andy Travers, CEO of Ceres.

The solution enables very large front windscreen displays of up to 15 x 5 degrees field of view or greater using a DLP projector of less than 1 liter in volume. It produces bright, full-color displays, supporting 12k cd/m2 or higher brightness levels along with highly saturated colors. Critical driving information is clearly visible even when wearing polarized sunglasses.

The demonstration shows a significant advantage of the Ceres’ digitally-mastered in-plane solution: the ability to precision program every pixel to an arbitrary light reflecting geometry which supports on- and off-axis projection.

From an optical design perspective, this means the projector’s angle of incidence does not need to equal the angle of reflection. In the demonstration, the projector’s illumination angle is normal to the film but the angle of reflection to the eye box is at 48 degrees. Off-axis projection allows for flexibility in projector placement, which is especially beneficial for projectors placed in highly constrained spaces like a vehicle’s dash or supporting highly-raked windscreen angles such as the near-vertical windscreen angles found in commercial trucks.

The 27th annual SID Vehicle Displays Symposium and Expo, brings together leaders in display design, manufacturing, and testing for the automotive market. It is the world’s only technical symposium and exhibition in 2020 focused exclusively on advancing electronic vehicle displays and interfaces from concept to market, for next-gen consumer and commercial land, air, sea and space vehicle displays. 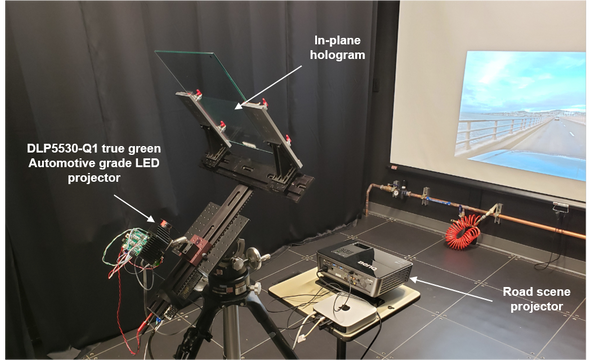 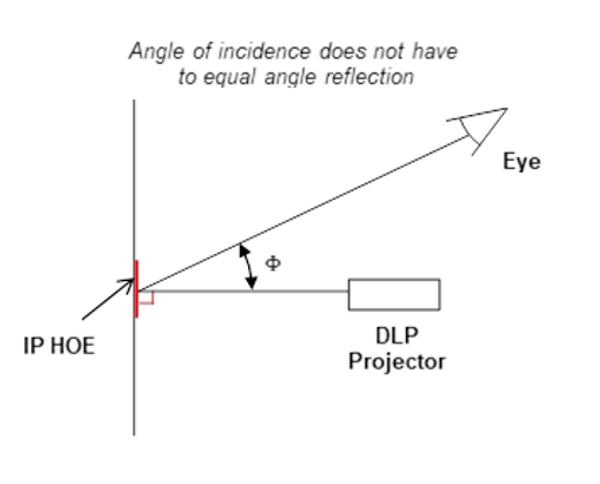 The projector’s angle of incidence does not need to equal the angle of reflection, allowing for flexible projector placement. 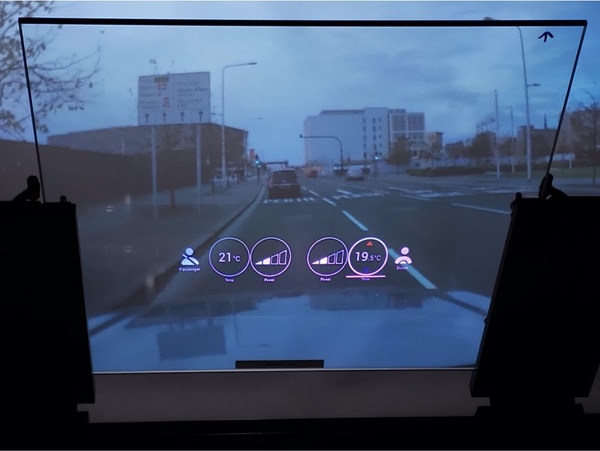 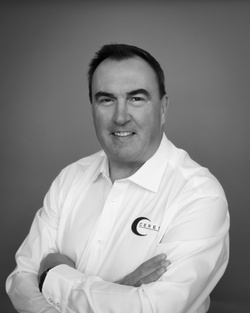